Article VI, Clause 3: The Senators and Representatives before mentioned, and the Members of the several State Legislatures, and all executive and judicial Officers, both of the United States and of the several States, shall be bound by Oath or Affirmation, to support this Constitution .

Ex Parte Merryman was authored by Chief Justice Roger Taney, though in his capacity as Circuit Justice for Maryland.

As we will discuss later, Taney is a controversial Justice. Recently, the city of Frederick, Maryland agreed to remove his bust from public grounds. It was previously vandalized.

Please take a moment to look at this slideshow of the Little Rock Nine. 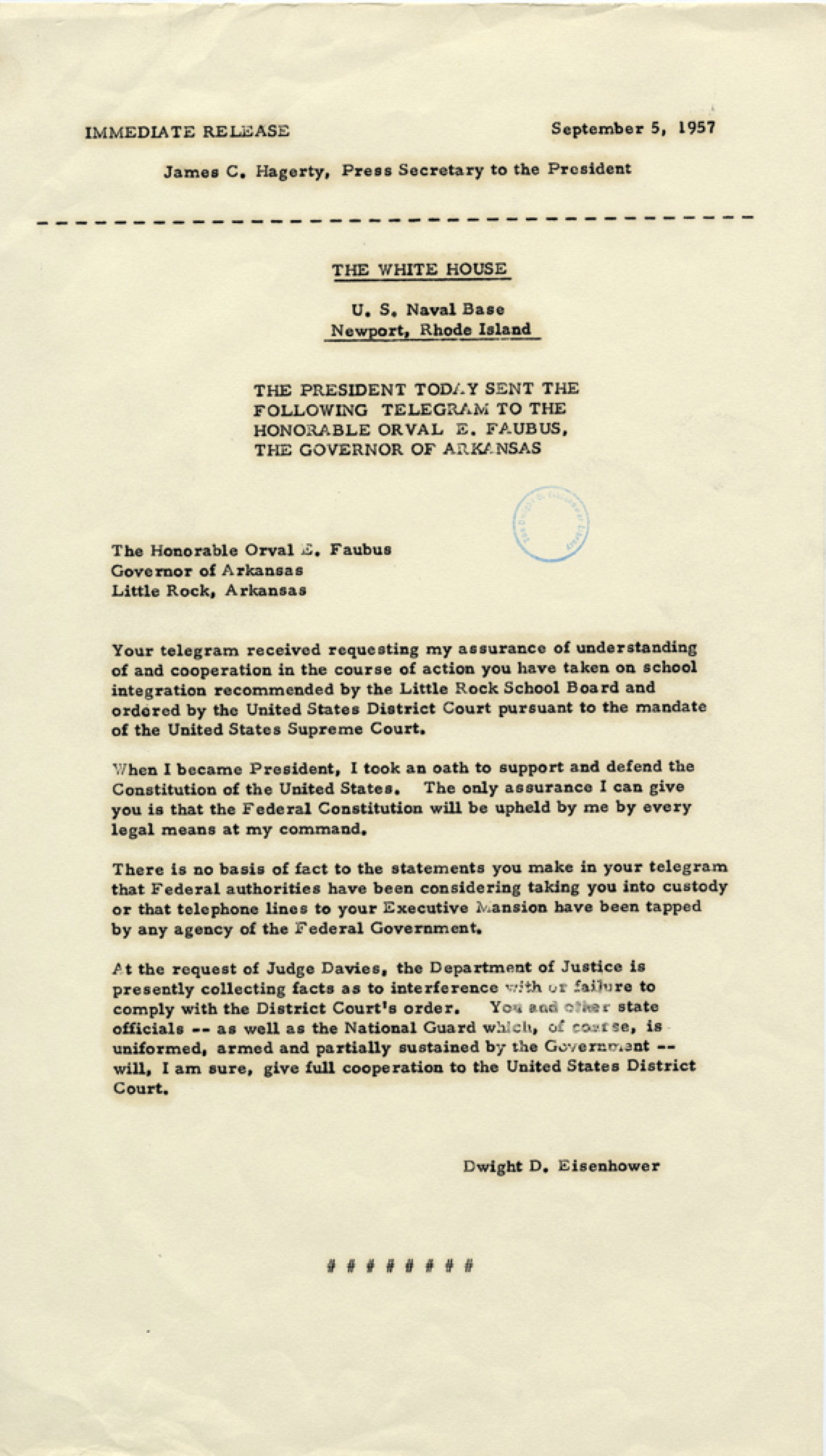