This morning I praised Justice Kagan for using the goo.gl URL shortener in her opinion. Though these links are much more aesthetically pleasing, I was reminded by Mike Lissner that Google makes the analytics for its links publicly available. Let’s walk through this. The link was copied from the Respondent’s merits brief (p.2), so Justice Kagan didn’t create it. The link was created on November 30, 2015–two months after cert was granted, and four days before the petitioner filed its opening brief. This gives us a hint when the eager-beavers at Stuart Banner’s UCLA Law Clinic started working on the brief.

If you’d like to learn more about the browser preference of #SCOTUS followers, 26 clicked with Chrome, 15 with Firefox, 3 with Safari, and one lonely Internet Explorer/Edge users. Windows users far outnumber Mac users: 24-15. And to make Justice Breyer happy, internationalists are interested–we had one click each from China, Germany, and Canada.

I suspect this will be the last time the Court uses a link shortener. 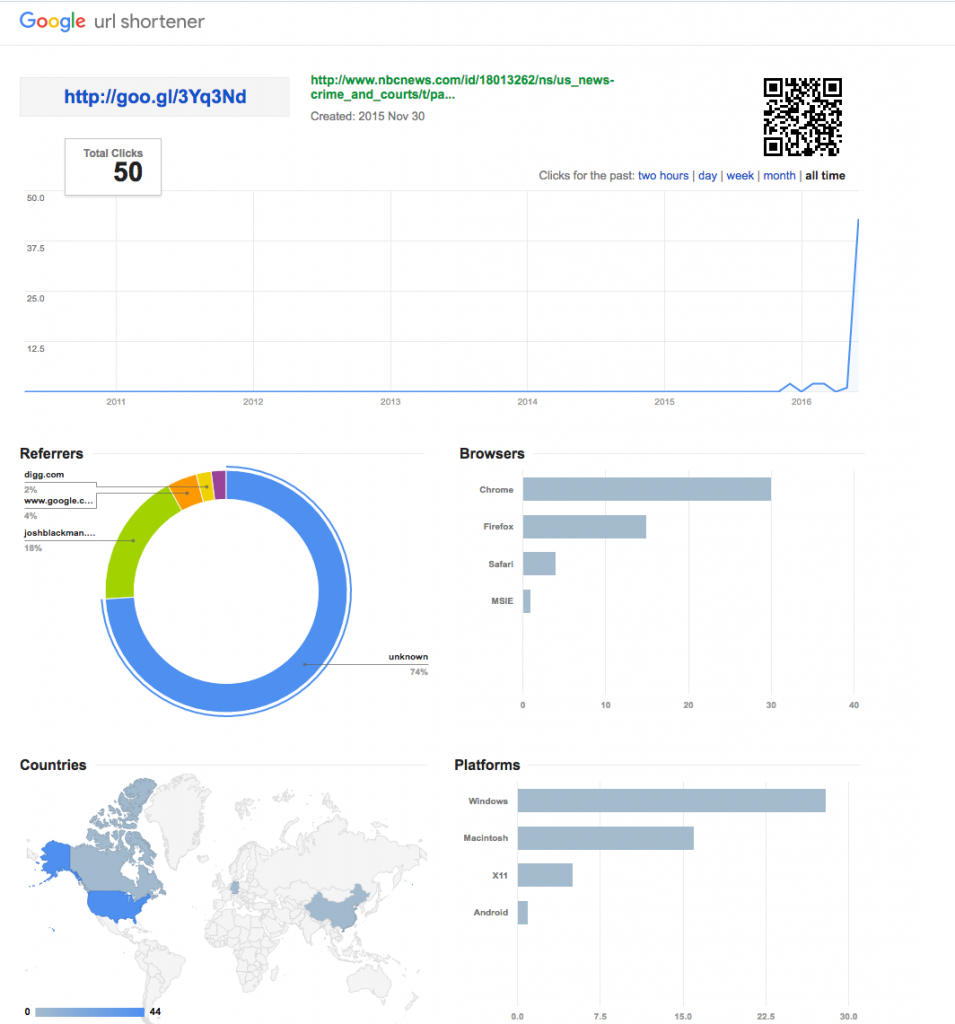