So how far is 0.7 miles from 103 Lake Drive, Wyandanch, New York. This far, according to Justice Breyer’s “Appendix to opinion” in Bailey v. United States. Though, as a friend points out, .7 miles looks like a tiny distance when you have a HUGE map. 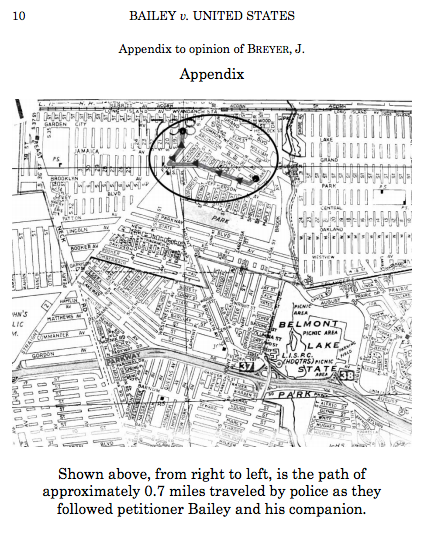 Justice Breyer sure does like appendixes. He included one this term in the house boat case, and famously in D.C . v. Heller.

Though on a more focused map, the route looks much longer: