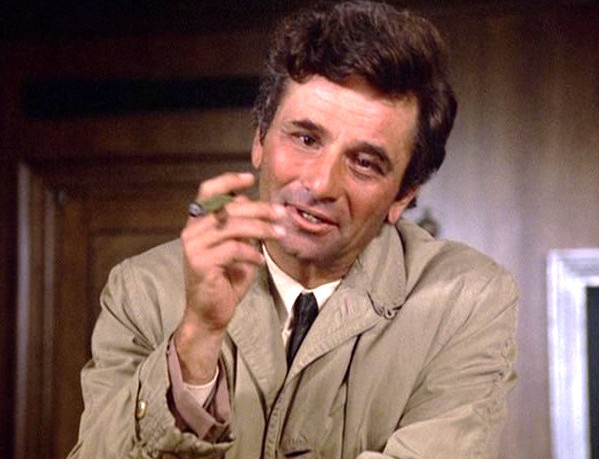 This is only slightly disturbing:

A court hearing in Philadelphia took an unforeseen turn when a witness, testifying about the consequences of losing his left eye in an alleged assault, began crying and his prosthetic eyeball popped out of its socket and into his hand, unsettling the jury and resulting in a mistrial, according to attorneys involved.
..

“He was crying, and when it came out, he caught in his hand and just held it there,” said defense attorney Eileen J. Hurley, “It was a shocking event to witness.”

“Two jurors visibly gasped and jumped up like they were getting out of their seats,” Hurley said.

“The judge had to call recess and let everyone take a breath,” Gilson added.

Hurley said after the recess, she felt the trial couldn’t go on because the event could generate extra sympathy for Huttick, prejudicing the jury against Brunelli.

“A bell like that can’t be unrung,” Hurley said.

I wonder if this ever happened to Colombo, as portrayed by Peter Falk.

Falk’s right eye was surgically removed when he was three because of a retinoblastoma; he wore a glass eye for most of his life. Despite this, Falk participated in team sports, mainly baseball and basketball, as a boy. In a 1997 interview in Cigar Aficionadomagazine with Arthur Marx, Falk said, “I remember once in high school the umpire called me out at third base when I was sure I was safe. I got so mad I took out my glass eye, handed it to him and said, ‘Try this.’ I got such a laugh you wouldn’t believe.”