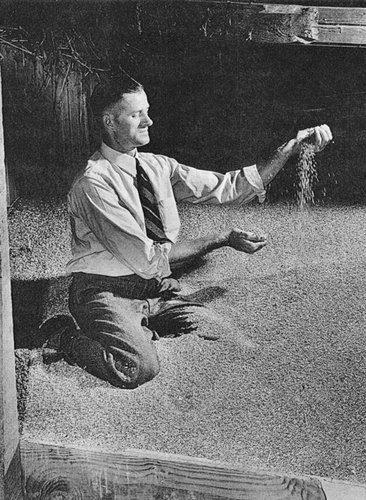 Mr. Filburn argued, as do opponents of the health care overhaul, that he was challenging a law that was not authorized by the Constitution, which allows Congress to regulate commerce “among the several states.” A decision against him, Mr. Filburn said, would move the nation toward a centralized government and “nullifications of all constitutional limitations.”

The Supreme Court’s ruling against him was unanimous.

“Even if appellee’s activity be local,” Justice Robert H. Jackson wrote, referring to Mr. Filburn’s farming, “and though it may not be regarded as commerce, it may still, whatever its nature, be reached by Congress if it exerts a substantial economic effect on interstate commerce.”

The Obama administration says the decisions of millions of people to go without health insurance have a similarly significant effect on the national economy by raising other people’s insurance rates and forcing hospitals to pay for the emergency care of those who cannot afford it.

At the time, the reaction to the Filburn decision emphasized how much power it had granted the federal government.

“If the farmer who grows feed for consumption on his own farm competes with commerce, would not the housewife who makes herself a dress do so equally?” an editorial in The New York Times asked. “The net of the ruling, in short, seems to be that Congress can regulate every form of economic activity if it so decides.”

The editorial, like much commentary on the case, seemed to suppose that Mr. Filburn was a subsistence farmer. But in fact he sold milk and eggs to some 75 customers a day, and the wheat he fed to his livestock entered the stream of commerce in that sense, according to a history of the case by Jim Chen, the dean of the law school at the University of Louisville.