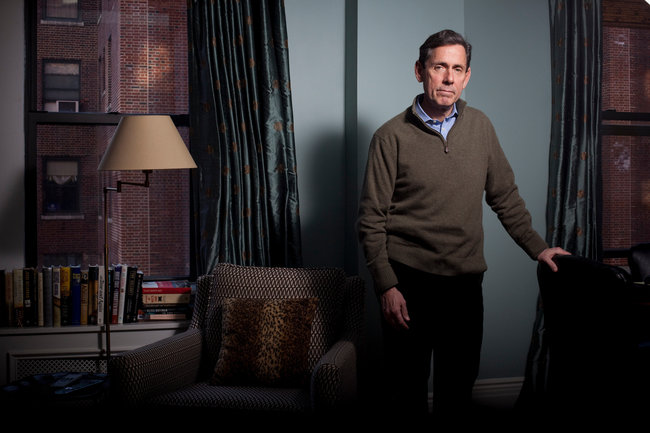 The Times has a profile ofEdward Blum, head of Project on Fair Representation (a one-man show):

A self-described autodidact who has no law degree or formal scholarly background, Mr. Blum is the driving force behind Fisher v. University of Texas, theaffirmative action case headed to the United States Supreme Court that could halt the use of race in university admissions.

For Mr. Blum, the lawsuit crowns a two-decade-long devotion to disputing race-based laws, forged during an unsuccessful Congressional campaign in a Houston district that he later proved was unconstitutionally engineered along racial lines.

But it will not be his first time at the nation’s high court.

The court’s ruling was narrower than expected, limiting its decision to the Austin district rather than overturning, as Mr. Blum intended, the so-called preclearance provision of the law requiring many state and local governments, mostly in the South, to seek federal permission before making even minor changes to voting procedures. The Austin ruling did, however, appear to invite future challenges.

Now, with Fisher, Mr. Blum is behind another hotly anticipated case. But for all his involvement in high-profile litigation that strikes along popularly held conservative ideological lines, he is a surprisingly solitary actor.

Despite the organizational heft its name may imply, Mr. Blum’s Project on Fair Representation, based in Washington, is a one-man show. The contact number listed on the site is his cellphone. He takes no salary and has no staff. Its legal fees are paid through the support of DonorsTrust, a nonprofit organization that backs conservative causes.

Mr. Blum, a former investment broker and now a visiting fellow at the conservative American Enterprise Institute, likened his role in the litigation to being “Yenta the matchmaker.”

“I find the plaintiff, I find the lawyer, and I put them together, and then I worry about it for four years,” he said.