From the graph it appears that the projections exaggerate, substantially, the response of the earth’s temperature to CO2 which increased by about 11% from 1989 through 2011. Furthermore, when one examines the historical temperature record throughout the 20th century and into the 21st, the data strongly suggest a much lower CO2 effect than almost all models calculate.

This letter to the WSJ argues that perhaps we shouldn’t overreact to climate change alarmists:

Given this dubious track record of prediction, it is entirely reasonable to ask for a second opinion. We have offered ours. With apologies for any immodesty, we all have enjoyed distinguished careers in climate science or in key science and engineering disciplines (such as physics, aeronautics, geology, biology, forecasting) on which climate science is based.

I don’t know exactly what I think about climate change. I don’t doubt that mankind of messing up the environment, and this will have some effect on the environment, including our climate. My only not for pause is the change climate change scientists want us to take–what are the costs fo those changes to our wellbeing, and our certain are they that these costs will result in net improvements to our wellbeing. Or maybe Dan Kahan is right. 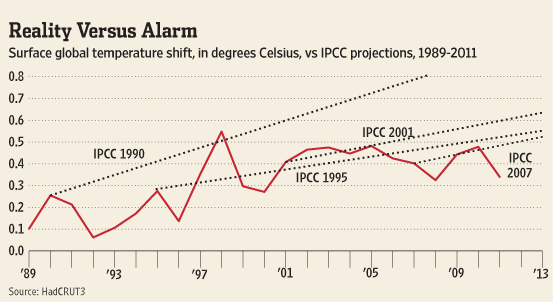