Economics in One (Musical) Lesson: “How much should a mariachi charge?” 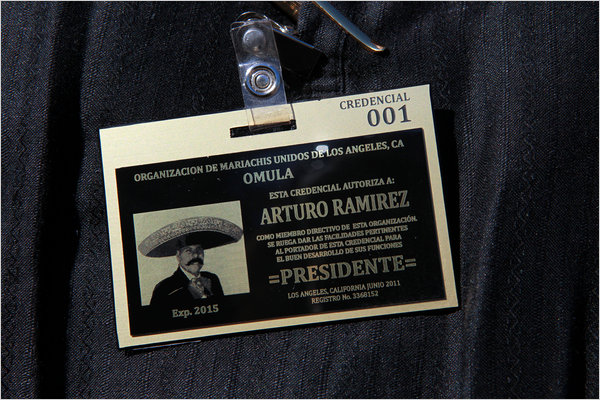 According to this piece in the Times, the United Mariachi Organization of Los Angeles has formed to set a minimum price to play mariachi music in a plaza in Los Angeles. Members pay this union $10 a month, and pledge not to charge less than $50 an hour. Members of this union proudly display this badge. There is a huge clash between the old school and new school Mariachi players:

Alejandro Cisneros calls the newer arrivals “pirates.” They simply put on a costume and trick customers into thinking they are mariachi musicians, he says, but they know nothing of the history of Mexican music.

Juan Ariso calls the old-timers “the businessmen.” They are too focused on charging more money and pushing out those who they believe are taking gigs they do not deserve, playing at weddings and quinceañeras and the occasional backyard cookout.

The two groups cannot agree on many things, but the most important is this: How much should a mariachi charge?

The older group prefers economic protectionism to raise the rents, focusing on expertise.

“This is our profession, our job, our passion,” Mr. Cisneros said. “We don’t want to have it ruined by these people who do not know what they are doing.”

“We want to have a standard,” Mr. Ramirez said. “There are good and there are bad, and it is difficult to tell who is who when you just hear them play one song. If you buy a pair of pants for $20 and another for $80, it’s not the same quality. The same is true for music. For this to work, we need people to understand the difference.” . . .

The younger group rejects protecitonism, and prefers economic forces to set the process (and gets roughed up in the process):

For Mr. Ariso, it is a simple business calculation: “I charge what they are willing to pay. That changes all the time.” . . .

The going rate here has been about $50 an hour per musician for more than a decade, but when business began to dry up and newer musicians moved in a few years ago, competition became far more intense. Some were willing to drop their price to $30 an hour, and shouting matches over who would get the infrequent jobs would occasionally turn into fistfights. . . .

These two quotes really sum up the argument, the former from the Union member, the latter from the scab:

“This is ours, and we have to keep it ours, not let others tell us what to do,” said Martin Gonzales, who has been in the plaza for more than 20 years.

“This was good work, easy work and honest work,” Mr. Avenas said. “I get it myself, and nobody should be able to take it away from me because of the rules. This is America, where there is freedom and a free market.”