Columbia Prof Pleads Guilty to Attempted Incest with His Daughter. No Challenge Under Lawrence v. Texas

The Other McCain has the story here:

You will recall that Palin-hating blogger David Epstein was arrested in December and charged with felony incest for having sex with his adult daughter (now 24) from 2006 through 2009.

One of our readers has obtained court documents (for Case #2010NY090162) indicating that Epstein copped a plea to a misdemeanor charge of attempted incest.

At the time Eugene Volokh, and others questioned whether the crime of incest was constitutional post-Lawrence v. Texas. With this guilty plea, it looks like we won’t have a constitutional challenge to the New York law. 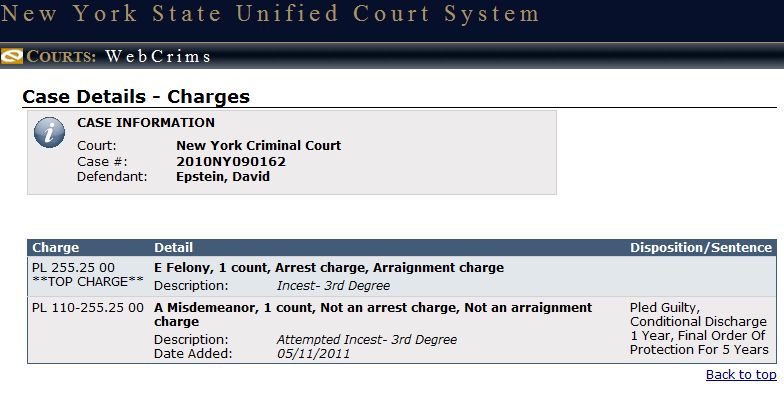