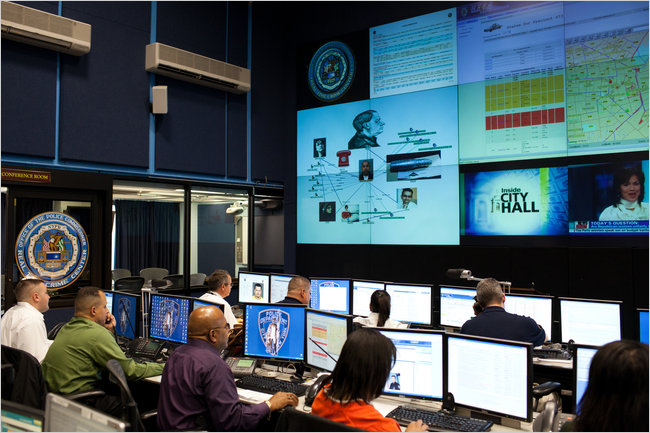 I hope when they see my plate, they ask Who is John Galt? From the New York Times:

The Police Department’s growing web of license-plate-reading cameras has been transforming investigative work. Though the imaging technology was conceived primarily as a counterterrorism tool, the cameras’ presence — all those sets of watchful eyes that never seem to blink — has aided in all sorts of traditional criminal investigations.

There are 238 license plate readers in use in New York City, said Paul J. Browne, the Police Department’s chief spokesman. Of those, 130 are mobile. They are mounted on the back of police cars assigned to patrol duties across the city’s five boroughs and to specialized units like the highway and counterterrorism divisions. The remaining 108 cameras are set up at fixed posts at city bridges and tunnels and above thoroughfares.

The cameras have provided clues in homicide cases and other serious crimes. But they have been used in lesser offenses, too. With them, stolen cars have been identified, located and returned. The cameras have uncovered unregistered vehicles and those with stolen license plates. They can pinpoint fugitives from out of state who are linked to specific automobiles.

How do these scanners work?

The license plate readers are different from other security cameras in the city: they are aimed low, designed to focus on a small area, unlike traditional surveillance cameras which look at broader sections like a toll plaza or the entrance of a building, Mr. Browne said. The information collected is immediately checked against databases storing information on stolen cars, stolen license plates, wanted persons and unregistered vehicles.

If a link is found, a small alarm sounds, Mr. Browne said.

The data is also remotely downloaded to computers twice daily. Using this data, investigators can also retrieve photographs of the license plates, Mr. Browne said. New information, like the license plates of a newly wanted person, can be added to the system, and sets of databases are updated twice daily, he said.