Introduction by Leonard Leo discussing the Role of the Federalist Society and the importance of getting together. Quoting Emerson, conversation helps us discover the truth, and to engage citizens.

Thanks the role the Federalist Society plays in the defense of the timeless principles of freedom and objective law, judicial restraint, separation of powers, and ordered liberty.

Sound legal philosophy is source of our freedom and prosperity.

During Sotomayor hearings, qualifies “she’s a fine person,” she made a speech about law and difficult in judging, and there is no objectivity but a series of perspectives.

Discusses Judge Hamilton’s record, demonstrates liberal record. He said a Judge’s job is to write footnotes to the Constitution, and Judges need to empathize for people. We should follow Alexander Hamilton, not David Hamilton.

We are at a cross-roads, the classical tradition of Western Law needs to continue. President Bush nominated highly talented judges who are faithful to the rule of law. Citing Federalist 78, Judges must maintain “inflexible and uniform adherence to the rights of the Constitution.”

Leaders of current administration don’t share this sentiment. They want to transform American society. They are risking the moral authority of the law, and that is what gives the law its power.

President Obama does not thing the Constitution is the Supreme Court of the land. Each Court is a Constitutional Convention unto itself.

Judges can evolve the law to achieve their desired outcome; judicial activism under new label.

The Founders created a court system that was independent, impartial, and restrained. All judges must be committed to this idea.

When words are bereft of meaning, no rights are safe, and the Constitution is undermined.

Deference only extends so far as nominee is faithful to the Constitution.

Elections have consequences: We are now at a legal crossroads

There is a “siren call” to activism

Flaw of empathy: for one party leads to prejudice to other party

Risk losing legal system and liberties system built to protect. This path will lead to a “brave new world” where words and facts have no real meaning

Do we preserve our heritage of law and justice for our children or allow it to erode?

The road ahead is not easy. But it is a fight we can win, and will win. [Applause] 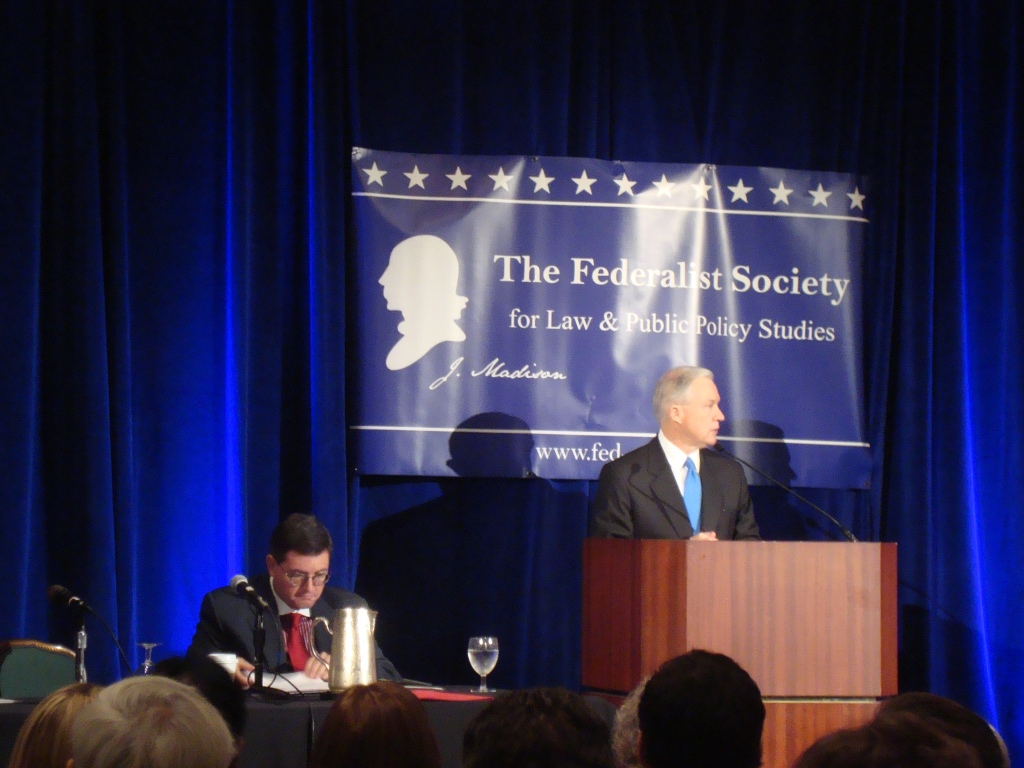