FedSoc LiveBlog: The Role of Government Attorneys and the Global War on Terror

Concern of politcal battle, chilling on lawyers to enter into government service. Legal ethics in advisory positions can build on notions of the rule of law. Will not rely on distinction between government lawyers and private lawyers.

Litigators may be free to offer more creative interpretation of law as opposed to advising and planning. Different legal roles have different obligations depending on the context.

Look at litigation and enforcement actions against private actions to derive set of ethical principles.

Common feature of ethics fiascos is unholy alliance between Critical Legal Studies and Public Choice Theory. Lawyers should pursue interests of clients as long as they are lawful. But lawful is understood with implicit notice of indeterminacy. Creative and talented lawyers can play around with barriers of the law. Not much stands in way of client interest.

Michael Hayden, Director of National Intelligence: “We will live on the edge. My spikes will have chalk on them.” Isn’t the role of lawyers to provide creative legal advice?

Consider agency relationship of lawyer-client relationship. Invoking common law nature of agency. Agents only have authority ot act where there is an entitlement. Authority introduces dimension of normativity between power and lawful power. Nature of lawyers role is to respect power unmodified and lawful power.

CLS and Determinacy. Essential to understanding ethical obligations need view of objectivity and determinancy of the law. Lawyers need to diverge on spectrum of interpretations.

More after the jump

Our advice is based on the following facts you provided us. We also understand you do not have any facts outside these facts. This opinois is limited to these facts. If facts change this advice would not necessarily apply. Zubahda being held by United States….

Not unreasonable to expect that you do not have to explain all of the normative considerations that attach to the strictly legal reasoning.

People who find it objectionable tend to be of the opposite party. Are ethical rules consistent with the role of attorneys in such positions.

Question: Power v. Authority, explain how it might play out.

Estrada: “Formalistic Parsing. Some of us call that law.”

Pics and video after the jump.

Gerald Walpin (of WalpinGate fame): Consider the issue between Plessy and Brown. Attorney advised black client that Separate but Equal is unconstitutional, and advises client to go into school and register and he is met with National Guard, and child was killed. Would that attorney have acted unethically?

Wendel: Yes, unethical. Incorrect ethical advice to say separate but equal is wrong. At the time the law was wrong.

Can we torture people with Nancy Sinatra music? 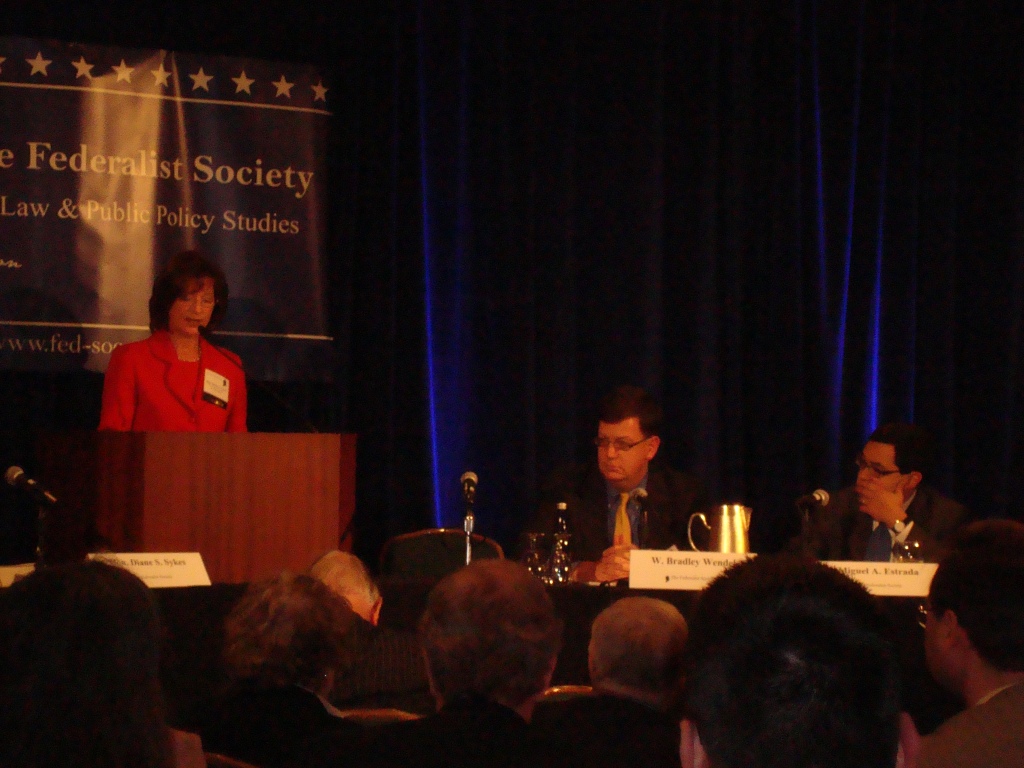