Detroit Shrugging. A City Reborn From the Ashes of Statism?

Detroit is in a sorry state. From Fridays WSJ:

Detroit has been in trouble for decades. It has the highest taxes in Michigan, the highest murder rate in the country, and a dreadful public school system. Only 25% of high school students graduate each year. Its tens of thousands of abandoned homes offer safe haven to drug dealers and criminals. All of this has produced an exodus of businesses—there is no longer a single major department store in the city—and residents. Detroit’s population is less than half of its peak of two million in the 1960s.

With the collapse of the auto industry over the past year and a half, things have gotten a lot worse. Unemployment is now touching Depression levels of around 30%—three times the national rate. Businesses that depend on the auto industry are shutting down and more residents are hitting the exits. This is accelerating the erosion of the city’s tax base, producing a fiscal crisis that seems impossible to escape. The city’s accumulated deficit is currently somewhere between $300 million and $400 million. No one knows for sure because the city has yet to submit its 2008 audit; its annual budget is about $3 billion.

Detroit now more closely resembles a frontier town that needs not flashy stadiums and art institutes but basic services: police, firemen and good schools. Mr. Bing needs to confront the hard reality that the city needs to pare back its liabilities, identify infrastructure it can no longer afford to maintain, and (though this is anathema to Detroit’s political class) perhaps auction off portions of its 140 square miles to neighboring counties, shrinking to a size that its diminished population base can support.

However, check out this absolutely fascinating article about the disintegration, and possible rebirth of Detroit. DETROIT: URBAN LABORATORY AND THE NEW AMERICAN FRONTIER (H/T Adam D. on FB)

I often joke that Detroit is slowly reverting back to the State of Nature. This article confirms my theory, but provides an interesting glimpse on how capitalism and a sense of individualism is spring forth from the ashes of this once statist culture. Because the government has fallen apart, and is no longer able to provide services, people are relying on themselves.

This piece also highlights the absolutely crucial advantage of Detroit. It’s possible to do things there. In Detroit, the incapacity of the government is actually an advantage in many cases. There’s not much chance a strong city government could really turn the place around, but it could stop the grass roots revival in its tracks.

In most cities, municipal government can’t stop drug dealing and violence, but it can keep people with creative ideas out. Not in Detroit. In Detroit, if you want to do something, you just go do it. Maybe someone will eventually get around to shutting you down, or maybe not. It’s a sort of anarchy in a good way as well as a bad one. Perhaps that overstates the case. You can’t do anything, but it is certainly easier to make things happen there than in most places because the hand of government weighs less heavily.

What’s more, the fact that government is so weak has provoked some amazing reactions from the people who live there. In Chicago, every day there is some protest at City Hall by a group from some area of the city demanding something. Not in Detroit. The people in Detroit know that they are on their own, and if they want something done they have to do it themselves. Nobody from the city is coming to help them. And they’ve found some very creative ways to deal with the challenges that result. Consider this from the Dowie piece:

About 80 percent of the residents of Detroit buy their food at the one thousand convenience stores, party stores, liquor stores, and gas stations in the city. There is such a dire shortage of protein in the city that Glemie Dean Beasley, a seventy-year-old retired truck driver, is able to augment his Social Security by selling raccoon carcasses (twelve dollars a piece, serves a family of four) from animals he has treed and shot at undisclosed hunting grounds around the city. Pelts are ten dollars each. Pheasants are also abundant in the city and are occasionally harvested for dinner.

This might sound awful, and indeed it is. But it is also an inspiration and a testament to the human spirit and defiant self-reliance of the American people. I grew up in a poor rural area where, while hunting is primarily recreational, there are still many people supplementing their family diet with wild game. Many a freezer is full of deer meat, for example. And of course, rural residents have long gardened, freezing and canning the results to help get them through the winter. So this doesn’t sound quite so strange to me as it might to you. The fate of the urban poor and the rural poor are more similar than is often credited. And contrary to stereotypes the urban poor often display amazing grit and ingenuity, and perform amazing feats to sustain themselves, their families and communities.

As the focus on agriculture and even hunting show, in Detroit people are almost literally hearkening back to the formative days of the Midwest frontier, when pioneer settlers faced horrible conditions, tough odds, and often severe deprivation, but nevertheless built the foundation of the Midwest we know, and the culture that powered the industrial age. No doubt in the 19th century many of those sitting secure in their eastern citadels thought these homesteaders, hustlers, and fortune seekers crazy for leaving the comforts of civilization to head to places like Iowa and Chicago. But some saw the possibilities of what could be and heeded the call to “Go West, young man.” We’ve come full circle.

Indeed, Detroit seems to be reverting back to the State of Nature, but in a good way. Without the crippling yoke of government, people are starting to reacquaint themselves with the lost concept of liberty and freedom, and self-sustainability.

Perhaps this near-dystopian society poses a glimmer of hope for the future. If our march down the statist’s road to serfdom is completed, government will ultimately cease to exist as we know it. But from the ashes, the fortitude, resiliency, and determination of the human spirit will triumph.

God speed Detroit. Who is John Galt? (waiting for the commenters to rip me for invoking God and John Galt in consecutive sentences)

Pictures of the shrinking Detroit, after the jump. 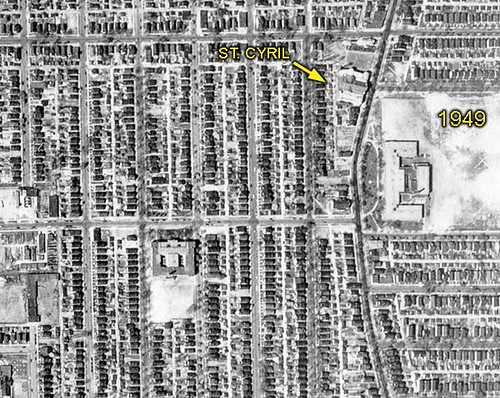 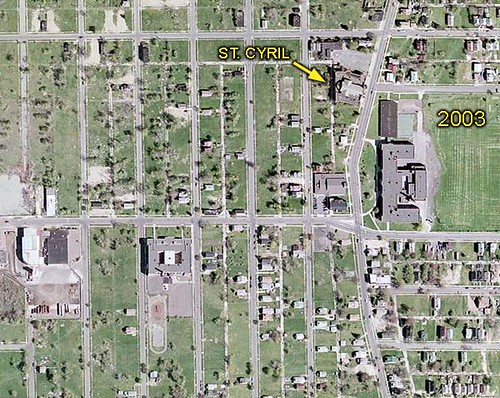