Yes, there is actually a movie called "First Monday in October" about the Supreme Court

In keeping with today’s Supreme Court Theme (even though the first argument was canceled and Mason’s trip to the Court was postponed), I’ve found a movie about the Supreme Court.

Fire up your Netflix Queues. In 1981, Walter Mathau starred in a movie called “First Monday in October.”

For the first time in history a woman is appointed to the U.S. Supreme Court, where she becomes a friendly rival to a liberal associate.

Perhaps one of the funniest quote explains my objection that the Justice’s group portraits are always so awkward:

Ruth Loomis: [the Justices posing for a group photograph] Should we smile a little?
Justice Dan Snow: Good God, no. Who’d trust a happy Justice?

But why does the Movie Poster have a Picture of the Capitol. They are facing the wrong side of First Street! 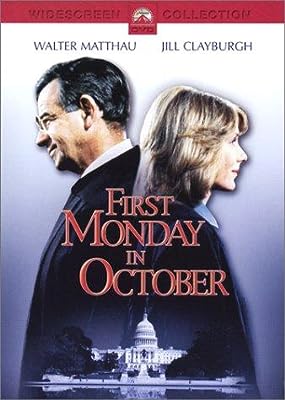 H/T WSJ and Adam A. for Pointer