My Experience at the John Murtha Johnstown Airport: All this pork definitely isn’t kosher

Last week I flew through the notorious John Murtha Johnstown Airport. For some interesting background material, see here and here and here. Like the bridge to nowhere, this is the airport for no one.

In a nutshell, the Johnstown Aiport named after Rep. Jack Murtha (most things in Johnstown are named after him), provides three daily flights to Washington Dulles Airport. The flight is about 75 minutes. The drive woudl be about four hours. The airport is usually deserted, and most flights have fewer than 10 people on them. It is widely viewed as the crown jewel of Jack Murtha’s pork and ear marks. Yet, becuase I frequently travel to Washington, D.C. from Johnstown, it is pretty cool for me.

Here are my experiences navigating through this airport for no one. 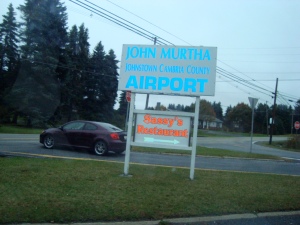 Sign welcoming you to the Johnstown Airport, And Sassy's!

Believe it or not, locals actually frequent Sassy’s restaurant. Parking at the airport is easy and free, and two scrambled eggs and a cup of tea will only run you $1.75 at Sassy’s!

The Huge Watchtower that Watches 3 Flights a Day

The picture really doesn’t convey how huge this watchtower is. There is absolutely nothing for miles surrounding this airport, and nothing larger than dual propeller planes ever take off.

As someone who grew up dreading the Long Term Parking lots at JFK and Newark, long term parking at Johnstown is a breeze. First, it is free. Second, it is always available. Third, the spots are in the same parking lot as all of the other parking. It’s just kinda funny they have to put up this sign. 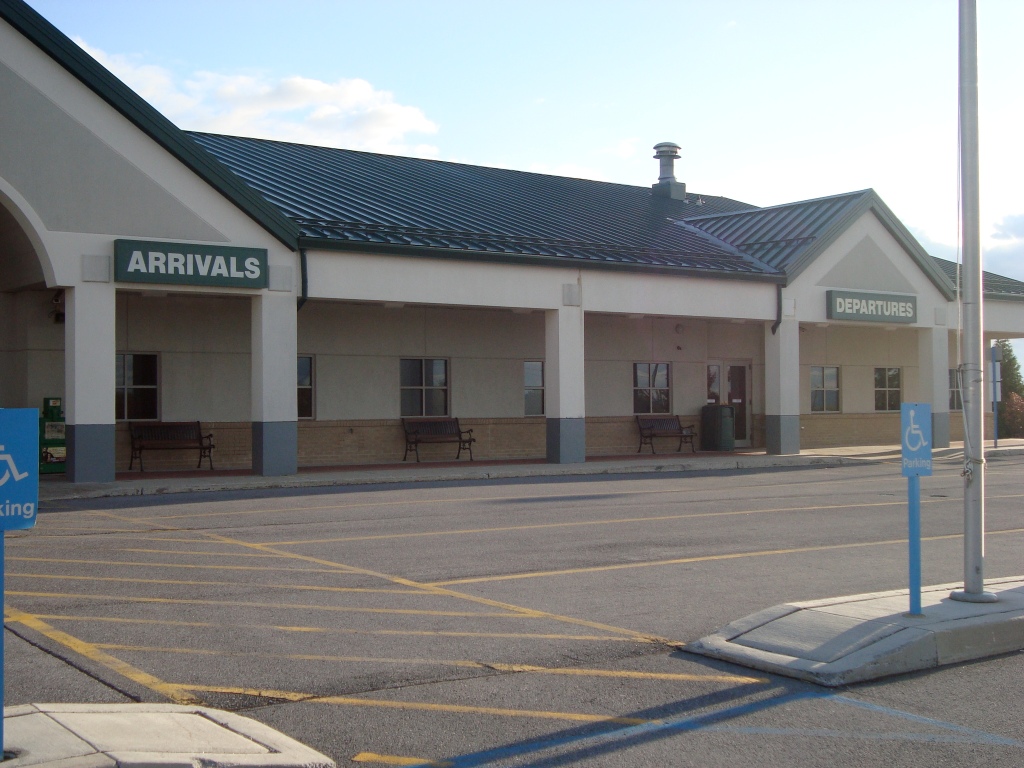 Kinda redundant because only one flight operates at a time, and only one airline operates at this airport. But just make sure you don’t get lost in this complicated terminal.

I arrived at the airport 15 minutes before my flight. No problem, as there are never any security lines. In fact, the security line only opens up about an hour before the flight takes off.

For the record, I did ask TSA if I could take these pictures, and they said yes. In fact, they wanted to see the blog post, so I gave them a copy of my card 🙂 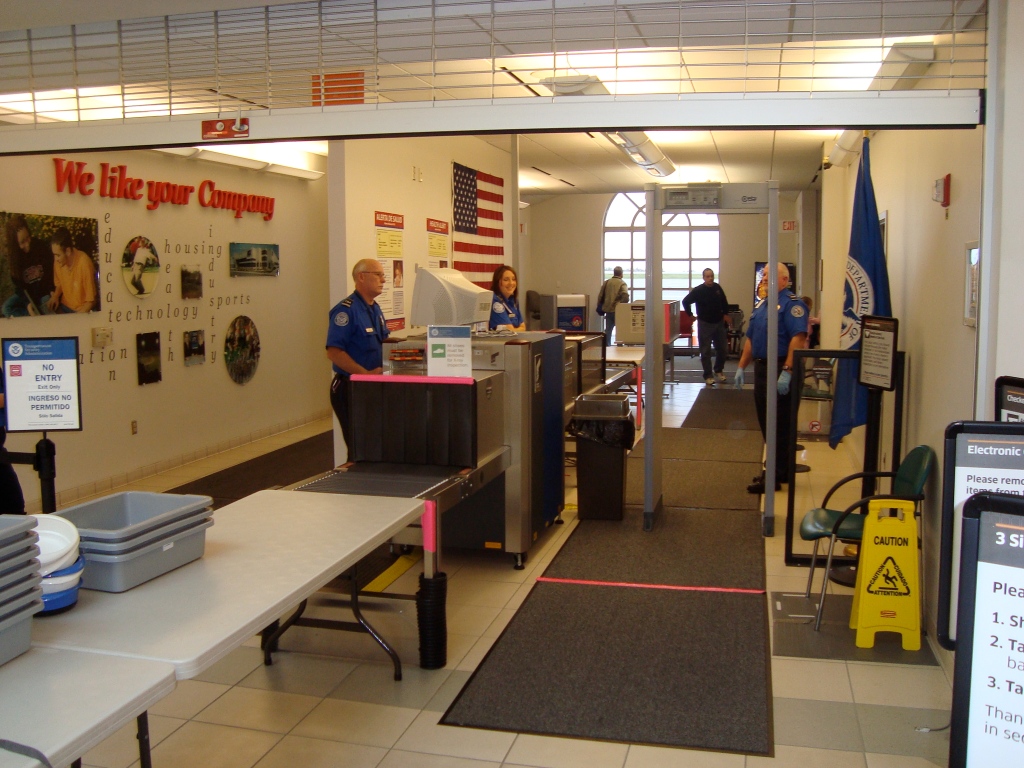 No Security Line at the Johnstown Airport

Smooth sailing through security. There were about 7 TSA Agents for 15 passengers. That’s a good ratio. The hardest part of the screening was putting my belt back on.

As you can see, there is no line between the entrance and the security checkpoint

There were about 15 people on my flight, all seated in the waiting area. This flight was relatively crowded. I can usually stretch across two seats but on this flight I had to share.

And, I always felt safe at the airport under the watchful eye of these two: 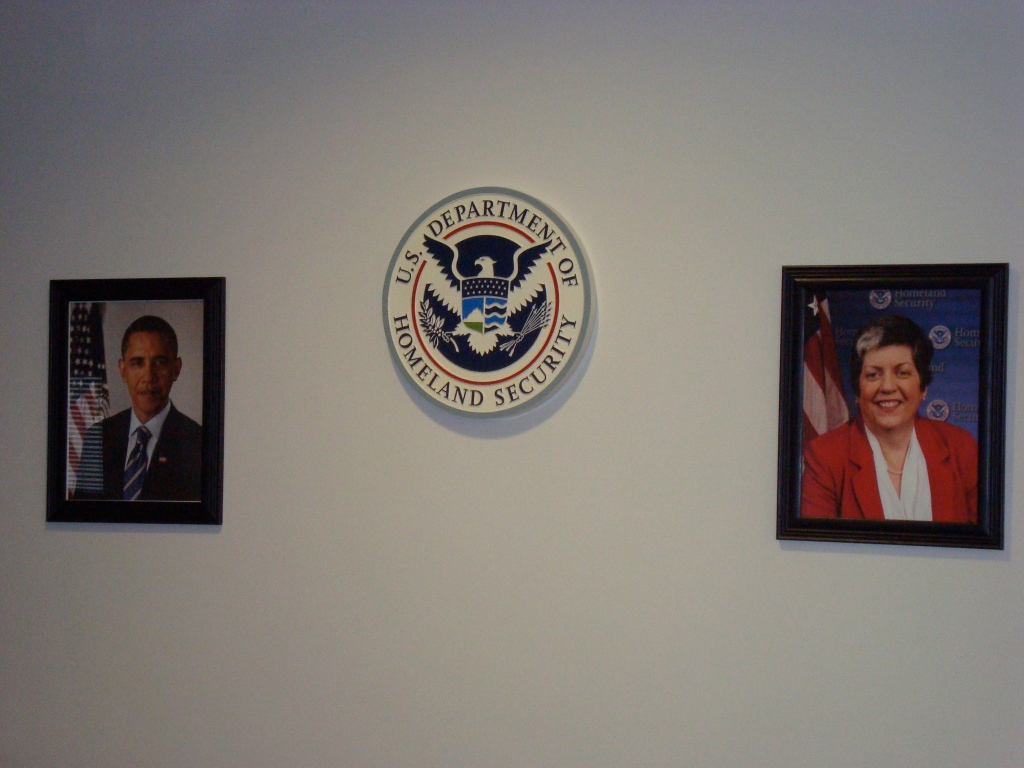 Flying through Johnstown is an experience unlike any other.