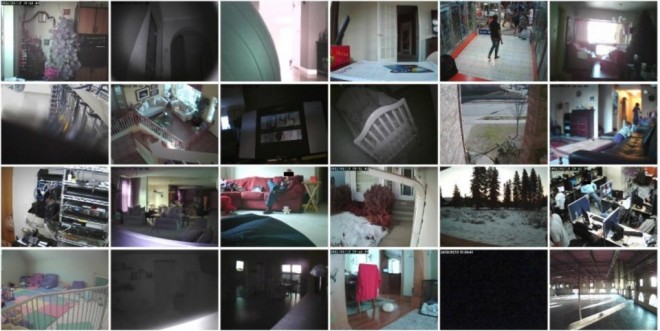 So what happens when a private network of security cameras is hacked (by criminals, or perhaps foreign nationals)?

A flaw in home security cameras made by Trendnet potentially exposed thousands of customers to hackers who could access the live video feeds without a password.

The vulnerability was discovered by a blogger who uses the name “someLuser” and who posted details of the flaw in January, describing how he was able to find vulnerable cameras online by using theShodan search engine, which allows users to find internet-connected devices using simple search terms.

Although users can set up the cameras with a password, the videostream from even a password-protected camera is available to anyone who knows the camera’s net address, which consists of an IP address, and a sequence of 15 digits that are the same for every computer. In this manner, the blogger says he was able to identify 350 vulnerable Trendnet cameras.

“There does not appear to be a way to disable access to the video stream, I can’t really believe this is something that is intended by the manufacturer. Lets see who is out there :),” he wrote in his post.

Within days of his revelation, readers had found more than 600 cameras through their web addresses, which included cameras inside businesses and children’s bedrooms. As more cameras were exposed, some readers posted screenshots from the cameras as well as Google Maps purporting to identify the exact location of the cameras.